B.B. King WIll Always Be The King Of The Blues 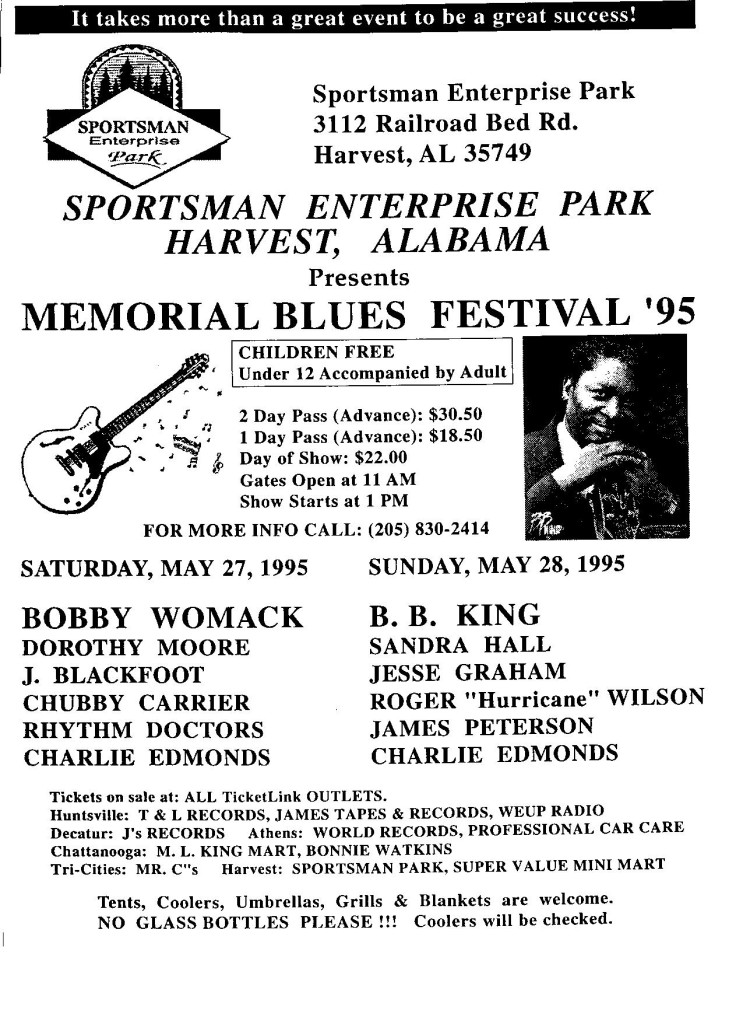 While this news is disappointing, I can’t help but reflect on B.B.’s quick professionalism a couple of years ago during a live national network  4th of July broadcast from Washington, DC in front of the Capitol. At the beginning of his set, he hit one note and his amp crapped. A horn player frantically tried  to adjust his cord to no avail. There was NO GUITAR! While a fraction of a second of panic flashed across his face, B. didn’t miss a beat.  He automatically went into show mode singing “Let The Good Times Roll”, and involving the crowd. It was as if the crowd didn’t know the difference. I don’t think they did.

It had to be disappointing for him, but he didn’t let on during the performance. A number of years back, I read a scathing review about a show Buddy Guy did when he had the audience sing along on “Feels Like Rain” for over 20 minutes. I witnessed the same thing a couple of nights before at Buddy’s show I attended, although the review I’m talking about came out a couple of days later about his show in another city. The review ripped Buddy’s show to shreds and really pissed him off about the seemingly endless singalong. The next night, it appeared that Buddy came out and let it rip big time. The subsequent review headline read, “If You Want To See Buddy Play Guitar, Just Make Him Mad”.  For whatever the reason, it seems that complacency sets in a to some artists and it takes a fan and critic revolt to make a decision to perk up or take some time off. One highlight of my career was opening for B.B. King in Huntsville, AL in 1995. He was still picking hard and sat down about halfway through his show. Didn’t matter.  He still played the Blues.The big poster is in my living room. He’ll always be The King Of The Blues.